Artsy, Artsy, Ottobre 25, 2016
Open a larger version of the following image in a popup:
Condividi 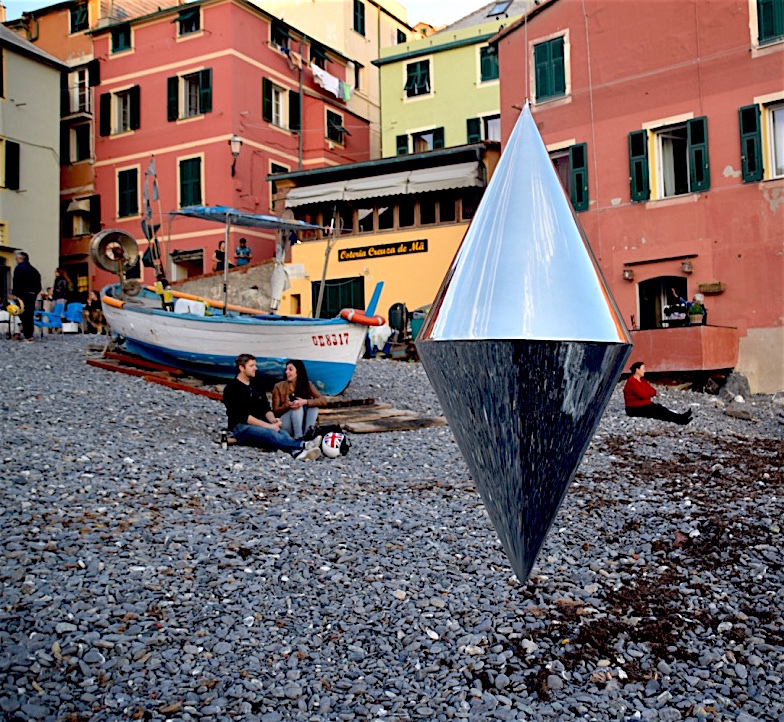 On Friday November the 11th, at 6.30 pm, ABC-ARTE opens the new solo exhibition by Matteo Negri: “Piano Piano” curated by Alberto Fiz and with a critical essay by Lorenzo Bruni.

On Friday November the 11th, at 6.30 pm, ABC-ARTE opens the new solo exhibition by Matteo Negri: “Piano Piano” curated by Alberto Fiz and with a critical essay by Lorenzo Bruni

The title Piano Piano concentrates the basic concepts of this artist’s research, such as the relationship between the individual and space. When the observer is included in this kind of works, he feels disoriented on a perceptional level. The word ‘Piano’ is repeated on purpose, in the same way as images of the space follow one another on the translucent surfaces of the plastic artworks.
The artist conceived works and environmental installations specifically for the gallery spaces, decoding a slow contemplative process, in conflict with the constant transmission of images in our everyday life.
Sculpture, as an applied science, questions its own existence and develops itself through an artisan, technological and planning method. It interferes with the exhibition itinerary on two perceptional levels: the first is pretty objective, while the second is made of reflections, showing how these artworks are able to create endless visual possibilities.
Matteo Negri shows only one element in the central room of the gallery. Made of polished steel and reminding of modernist sculpture, this work highlights a contradiction between its own sharp aesthetics and the infinite and soft images produced by its reflecting surface. This work is the result of various studies on the connection between object and image, an apparently discordant piece at the center of a fascinating act of observation.
The other gallery spaces show the limits of vertical surfaces through experiments on optical and aesthetical perception with two series of wall works: Kamigami (Japanese word indicating spirit in its own meanings of plurality, repetition and infinity) and PSA (acronym for “Painting On Aluminum”). The first group is made of perforated plates with iridescent colors, reflecting perspectives and images on their edges, all different by sizes and geometrical shapes. The second group, instead, is made of stickers and serigraphs applied on aluminum layers, the point of connection between painting, sculpture and photography.
The gallery’s entrance stairway, in the same way as it happens in the first room, focuses on the project realized for the city of Genoa. Through the exposition of works analyzing urban architectures and contexts, the artist studies the relationship between shared spaces and shared appearance of the collective experience.

This event comes from the desire to study in a deeper way the connection between sculpture and technology. In virtual societies, the artwork exists as mere representation, even when it is deprived of its physical presence.

A new precious catalogue, published by ABC-ARTE editions in Italian and English, will be dedicated to the exhibition. It will include critical essays by the curator Alberto Fiz and Lorenzo Bruni, together with photos, research material and documentation on the artist’s interventions in Genoa.
The exhibition, patronized by the City of Genoa, will present a summary of the career of a young Italian artist, who already managed to gain high recognitions both at a national and international level.

Matteo Negri, born in San Donato Milanese (1982), lives and works in Milan. He graduated in sculpture at Academy of Fine Arts in Brera, Milan. Since 2003, the artist collaborated with many art galleries in Italy and abroad (Paris, London and Berlin). He realized several installations for art galleries, public and private institutions and art fairs. His research focuses on plastic substances, which he models in an eclectic way using stone, ceramic and resin, then he colors them with pop tones. His works are actually part of public collections, such as the Fondazione Fiera and the Bracco Foundation in Milan. Matteo Negri. Piano Piano
Inauguration on Friday November the 11th, 6.30pm – 10pm
November the 11th 2016 – January the 11th 2017
Opening times: Monday to Friday 9.30am – 1.30pm; 2.30m – 6.30pm
Saturday and Sunday by appointment only